Her debut film “BARK!” was in the main competition at the Sundance Film Festival. Since then, Kasia directed feature films (“The Offsiders”, “Janosik: The True Story”, “Spoor” and “Amok”), dramatic television series ("Absentia", “1983” for Netflix, “The Deep End”, “Pitbull”, HBO’s “The Border”), theatre, television theatre, music videos, 2nd unit and numerous commercials. In her over 20 year career she also worked as an editor and a storyboard artist on numerous US and European productions.

Amok is a dark psychological neo-noir based on a true murder mystery that happened in Poland in the early years 2000. A man was convinced of murder based on a book of fiction he published years later and that fell in the lap of an obsessive Police Inspector.

Awarded with the Silver Bear Afred Bauer Price at the Berlinale, The film is set in a remote mountainous region  in south-western Poland, where an older woman, Janina Duszejko,  witnesses the mysterious death of several hunters. She is convinced she knows who the murderer is, but nobody believes her story.

The film tells the story of Janosik, a legendary "Central European Robin Hood", based on real XVIII century documents and on a romantic legend, operating with a very subjective, original lyricism: the hero is tragic and at the same time very contemporary. Burned by communing with cruelty of war, he comes back to become the leader of a gang.

Jacek, an ex soccer player, finds himself out of luck and homeless at the Warsaw Central Station. With a group of his homeless peers he decides to form a team and travel to the Homeless Soccer World Championship. Audience Award at the Gdynia Film Festival and Best Polish Film at the Camerimage Film Festival.

Bark! is a corky dark comedy about a man who's wife starts to behave like a dog. On the road to accepting his wife's condition he meets a group of misfits. Nominated for Best Feature Film at the Sundance Film Festival. Won best Director at the International Warsaw Film Festival.

After being declared dead in absentia, an FBI agent must reclaim her family, identity and innocence when she finds herself the prime suspect in a string of murders. SONY/ AMAZON Prime

Decades after a 1983 terrorist attack, a law student and a cop uncover a conspiracy that's kept Poland as a police state and the Iron Curtain standing. 1983 is the first polish language series for NETFLIX

An action/drama look at a group of border patrol officers on the new European Union border. The series won Best Series of the Year at the Polish Academy Awards for both the second and third season.  HBO Polska.

The 2nd season of the Polish version of "Penoza". A wife is forced to take over the "business" after her husband is killed. Joggles her family life, the police, the mafia, all while trying to stay alive.

The polish version of the HBO favourite, ”In Treatment" follows the therapy of 4 patients overs the course of a few month.

A realistic TV Drama following the lives of a group of Social Workers in a Polish City. The first season of the THE DEEP END was awarded with the PRIX ITALIA for best dramatic series, the Second Price at the PRIX EUROPA Awards, The GOLDEN PLAQUE at the HUGO AWARDS for best dramatic series as well as nominations at the MONTE CARLO TELEVISION FESTIVAL for the Series and Cast in the Dramatic Series Category.

An action/comedy TV series about a family on both sides of the law.

A Fantasy/Thriller series. A man deals with his past while fighting supernatural forces of evil.

Pitbull is a realistic and dark story, following a group of police officers in the Crime Division in Warsaw. The series was created by Patryk Vega, who documented the real life of policemen in Poland and became a cult series of television and feature films.

A realistic political fiction about a young and idealistic Prime Minister in Poland. 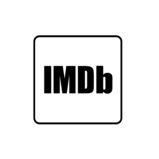